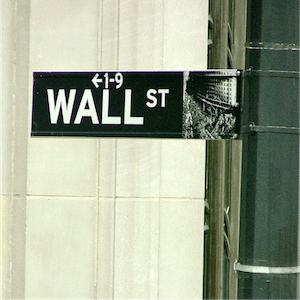 You probably know all about the lofty Wall Street traders. The term is synonymous for those who sit in great big offices, wear suits, act generally smug and make their living doing stuff with numbers. Extra points if you’ve seen Wolf of Wall Street, though that film did take it to the extreme in many regards for the sake of making a point.

Either way, one of the key things you likely know about Wall Street is that it is very difficult to get a job there. You have to know someone, have very impressive qualifications, or otherwise have experience that shines. Right? Yes. Or you could be a professional poker player.

Be Calm Under Pressure

This isn’t a joke. Wall Street organisations are increasingly looking at those who play poker on a higher level as potential employees. Because, very simply, being great at poker demonstrates all the required core skills needed to succeed in the Wall Street environment. Most importantly, poker players demonstrate the ability to think quickly and calmly under immense pressure. So it seems like the infamous ‘poker face’ really does have a use outside of card games.

In 2010 the Los Angeles Times published an article. It revealed that Danon Robinson of Toro Trading considered the two professions an equivalent. He stated that not only does a person great at poker have all the needed skills, but that he was hesitant to hire anyone that didn’t have an interest in the game.

What if we even went one step further, and told you that some firms consider poker literature reading as mandatory. No, again, we are not joking. Susquehanna International Group issues two books as part of their training programme; The Theory of Poker and Hold‘em Poker. The second is a basic overview of how the game is played, aimed at beginners.

The first however is a deeply cerebral in-depth discussion of the game, and how to succeed at it on a psychological level. In fact, a large portion of the book is dedicated to implied odds, as well as how important deception is in making bets. If that doesn’t say it all, we don’t know what else does.

As a final thought, Susquehanna requires one other factor in their training programme. For trainees to actually play the game on a professional level against poker veterans. Though, we should also point out that the firm takes it very seriously, and approaches it on a scientific level. So, not just fun and games.

Either way; if you consider yourself a good player of cards, you might also want to take a little peek at trading stocks.