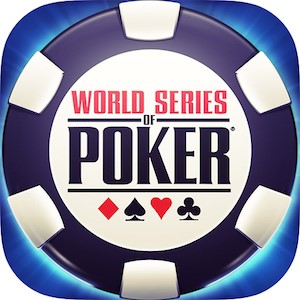 The World Series of Poker is an event that gets the attention of poker fans from around the world. The best players from every country come together to go head to head, and it sure does make for good viewing.

But that isn’t the only reason that fans tune in. Sometimes controversies unfold that are crazy enough to be turned into Hollywood film scripts.

The 2012 WSOP saw one of the biggest blunders in history, so much so that Hungarian player Koroknai must have been red faced for years to come. Thinking that French player Baumann had folded, respected professional Koroknai tossed his hand onto the table. Then, upon realising his error, quickly attempted to gather the cards back up. Much controversy followed. It was a decidedly silly moment, and one that led many to question if Koroknai was or wasn’t playing an unconventional angle.

Either way, in a cruel twist of fate, Koroknai later eliminated Baumann at 10th place, which just goes to show that you never can tell how things are going to unfold further down the line.

An often-spoken about blunder from the 2009 WSOP involved two time bracelet winner Estelle Denis. After going all in to the tune of 142K, the dealer inexplicably mistook her hand for dead, and retrieved the cards into the muck. The misunderstanding threw Denis into hysteria. Upon informing the dealer of the situation, she was simply asked if she had protected her cards.

The crazy event unfolded with the floor manager being called in, and informed of the misunderstanding. In a bizarre decision, it was explained that Denis could continue her hand, but only if she could correctly predict which cards would be on the top of the muck. She failed to do so, and so was forced to forfeit the hand, and her enormous wager. A truly bizarre turn of events, and hellish outcome for Denis, who was understandably furious.

Last we have perhaps the most well known controversy of all time; the infamous “I’ll take your head off” exchange from 2006. A violent interaction between Prahlad Friedman and Australian Jeffrey Lisandro was kicked off when Friedman accused Lisandro of not putting in his ante. At first it seemed like just a casual bit of banter, but it quickly flew out of control as Lisandro continued to insist that he had, indeed, put it in.

Seemingly out of nowhere, Friedman went ballistic, declaring that he had been in poker long enough to know what Lisandro up too. Or to be more specific, he was stating that he knew Lisandro was a cheater, and up to no good. It was at this point that Lisandro had had enough, and roared the words “I’ll take your head off,” which has become an infamous joke among poker professionals. The floor manager quickly stepped in to calm the situation, and it was later revealed that Lisandro had indeed put in his ante.

As to why Friedman was so insistent that the opposite was true is, to this day, a rather curious mystery.