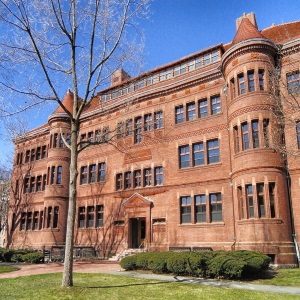 All professional players know that Poker is a game that requires razor sharp focus, intense strategy and a good head for numbers. Unlike many other casino-style games; to become a great player, you must have a set of mental skills that is specifically trained to seek out patterns, quickly identify sets of numbers and process information in the blink of an eye. This kind of mental agility takes years to develop which why players tend to get better the longer their career lasts.

Known for housing some of the best students in the country, Berkeley is an education institution with a proud history that extends back centuries. They also happen to have a thriving gaming community, with local card rooms like Lucky Chances and Bay 101. Fraternities and sports teams regularly play games at home and away, while the university itself even offers a course on both Blackjack and Poker.

Most of the games on-campus are organised via social media or word of mouth with entry fees for tournaments reaching as high as $200. The Hallowed grounds of Berkeley have produced many a fine player, including Lauren Kling, Bill Edler, Prahlad Friedman, Joe Sebok and Bill Chen, who all cut their teeth learning the math and playing against fellow students. 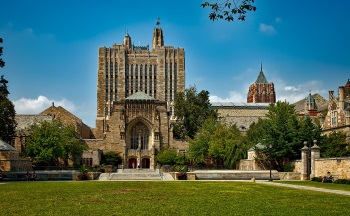 As well as being one of the finest universities in the world, Yale has a close relationship with Poker, having a fierce rivalry with Harvard where an annual tournament to showcase their talents. Yale has a full chapter of strategic thinking, local card rooms and plenty of fraternity tournaments for students to hone their skills. This is where Vanessa Selbst got her introduction to cash games before making the leap to the pro circuit. Other big names to emerge from the Yale campus include Alex Jackob and Matt Matros, who have collectively earned over $3 million in winnings since leaving the university.

Harvard is perhaps the best-known Poker University in the world. This is largely thanks to Charles Nesson and an organisation he founded called the Global Poker Strategic Thinking Society. Charles promoted the idea of using Poker as a platform to teach strategic thinking in the classroom. His radical ideas were soon picked up, and have been implemented in tertiary education facilities around the world. Some of the biggest stars attended Harvard including Richard Brodie and Andy Block. You can also include Fill Tilt Pro Brandon Adams, who is a member of staff, teaching economics at the school.

Known locally as the Poker Factory, Waterloo University is one of Canada’s finest tertiary education intuitions and an absolute mecca for potential pros. Waterloo alone has produced more professional players than any other university in the world. Whether it is the calibre of the lecturers, the subjects or the raw talent, some of the biggest stars studied in Waterloo while learning to play. This includes big names like Mike McDonald who roomed with Steve Paul-Ambrose, as well as Nenad Medic, Xuan Liu, Matt Kay, Scott Montgomery, Glen Chorny and Mike Watts.