The Future Of Online Poker- What’s Next? 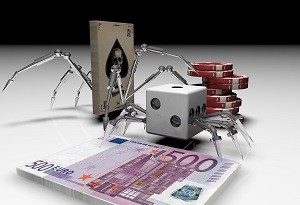 The online Poker industry has been a roller coaster ride. Back in the early days of the Internet, the Poker world was nothing more than an emerging mess, with software that held about as much appeal as the menu system of a VCR, and an atmosphere that was severely lacking in traffic. But that all changed during the early and mid 2000s, when an enormous boom was seen. Accompanied by a slew of Poker-based television shows, playing this card game online was suddenly all the rage.

A perception soon arose that professional stars had got their start playing online, and it wasn’t long before would-be Poker champions were taking to the Internet to hone their skills. Tournaments sprang up in their dozens, and the idea that playing cards on the web could not only be cool, but a genuine career choice blossomed into a buzzing industry.

But it is no secret that the buzz is now gradually dying off. Online Poker is at risk of fading away entirely, and industry leaders are starting to ask what could once again revitalise it. How can the industry return to its previous heights of popularity?

One of the biggest recognised challenges for the industry is aggressive, market-killing regulations.  Players from the United States are widely seen as an energising factor on the market, given their reputation for being aggressive, loose players that not only provide much needed stimulation to a game, but also bring, of course, United States dollars. However, Americans are now almost entirely kept out of the global picture, due to strict regulations. Of three states that have legalised real money gaming, none have any plans to allow international play.

A similar situation is crippling the market in Europe, with Italy, France and Spain having a decent number of players, but these players being forced to engage only within their borders. This, obviously, is massive hindrance to growth. Although talks are underway to pool these three player groups together, the move couldn’t come soon enough.

Talks are underway on multiple fronts to standardise regulations across the globe, allowing players to fluidly engage on a global level, but how long this will take is still largely unknown.

Beyond the obvious problems of regulations though, there are other areas of the market that are in serious need of addressing. Namely; the online world is seriously lagging behind in terms of technology. Although it is true that casino games on portable mobile devices is a major leap forward, the simple fact of the matter is that the majority of these games are unappealing at best.

With software quality surging ahead in other areas, offering incredible digital experiences on video game consoles and desktop computers, the online world seems to still be stuck in a bubble from ten years ago. A push forward is needed, attracting a crowd that is looking for a cutting edge digital experience.

Virtual Reality and Other Avenues Explored

A prime example of an attempt to bring digital Poker a new level of appeal is in virtual reality. PokerStars VR has recently been revealed, bringing casino games into a realm never before thought possible. Blending elements of live and online gaming, players are granted what feels like a glimpse into a science fiction future.

This is exactly the innovation that the industry needs, although a steep price requirement bars it from being a truly sweeping transformation. A VR revolution combined with leaps in regulations, however, could once again see the world of online Poker be taken to its previous popularity, and well beyond.