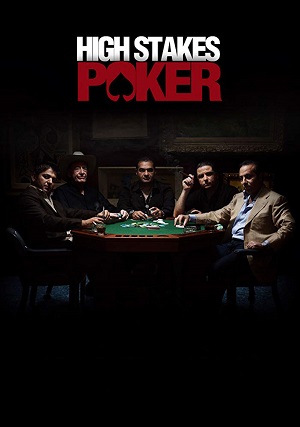 It wasn’t so long ago that the idea of Poker on television was unheard of. But then, why wouldn’t it have been, given the rather bland atmosphere that hung around until around the early 2000s? Who in their right mind would want to watch a few blank faced players tossing around gambling chips, probably chain smoking cigars and muttering to themselves about the price of oil?

That all changed when online Poker exploded in popularity, and the ambience of playing adjusted, becoming far more exciting and enjoyable to watch. A wave of Poker shows hit TVs around the world, and although some of them were embarrassingly bad, others were critically acclaimed among enthusiasts, and those who just thought it was a bit of a laugh.

To give you an idea of what we’re talking about and what you can watch, we’ve rounded up the top 5 TV shows that focus on the game:

Although now cancelled, High Stakes Poker is often referred to as the greatest Poker television programme of all time. It featured a simple, straightforward concept; real professional players just playing high stakes games as they always do. There were no gimmicks, no silliness, and it was all real Poker.

Commentary was handled by Gabe Kaplan and AJ Benza, with perhaps one of the best features the show offered being Kaplan explaining important hands in a straightforward manner, allowing everyone to understand what was going on. Sadly the show was cancelled, but many still wish pray for the return of this most loved television show.

High Stakes Poker featured a grounded, down to earth feel, but the WSOP is the exact opposite. Featuring impressive settings, a flashy ambience, and all round gripping format, there is a reason that the WSOP is still going strong, and continues to draw viewers globally. It was in 2003 that major changes swept the broadcasting format, including the now standard hole card camera, which took some convincing with the Nevada Gaming Commission.

One interesting fact is that although only final tables have genuinely live broadcasts, all other events are only cut and edited to seem live, giving the whole experience a much more powerful atmosphere.

Many say that the Poker boom of the last ten years owes much to this show, simply referred to as WPT. The concept is simple; hosting a tournament, getting it down to a single table of six players, and televising that final game for everyone to enjoy.

The first season of the show took the United States by storm, with an all star professional cast, including Gus Hansen and David “Devilfish” Ulliott, providing credibility in a big way. Today WPT is seen as the baseline on which all other similar themed shows create their style and feel.

WSOP and WPT were making waves in the United States, but at around that same time a similar show was gaining traction in the United Kingdom. That was Late Night Poker, the British version of the same idea, which eventually spread across Europe, making Texas Hold’em more popular than ever before.

An interesting fact is that the hole card camera we mentioned earlier actually came from this show, which debuted in 1999, and adopted later by the American broadcast of the WSOP in 2003. So give credit where credit is due.

Last we have Poker Superstars, which is often overlooked, having a relatively brief run between 2004 and 2006. It featured well-known pro players such as Phil Ivey and Daniel Negreanu, as well as capturing attention with a first season buy in of a then gob smacking $400,000. Sadly the show was lost in the saturation of similar offerings at the time.