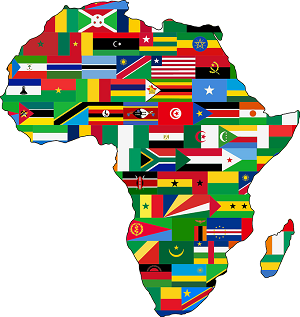 A digital technology revolution is happening in Africa, in a big way. In fact, it is happening faster in Africa than anywhere else in the world. As far as technology adoption is happening, Africa is seeing an adoption rate at nearly ten times that of the rest of the world. This is fantastic for a number of reasons, not in the least for the incredible benefits such adoption will mean for key areas, such as agriculture and education.

Technology is paramount to keeping up with global trends. It is predicted that the digital economy, globally, will account for roughly a quarter of the GDP. Should African countries not adapt, they are sure to be left behind in a big way.

As it stands, the Internet penetration rate in Africa is nothing short of incredible, but is still lagging behind where it needs to be. After all, major economic development is largely due to Internet presence, in this day and age. In other words; the revolution needs to speed up.

In South Africa the digital revolution is full steam ahead, with mobile phone technology taking off like nowhere else in the world. Internet access in the area is leagues beyond many other parts of the continent, and on par with many other regions of the world. Most notable is that iGaming in South Africa is seeing an all but breath taking increase, to such an extent that the attention of many iGaming companies is already being drawn. Sports betting online is also a growing market, with countries like Kenya and Nigeria drawing in an ever-growing number of bettors who place wagers on desktop and on mobile devices.

But what about the rest of Africa? As already said, Internet access is fast becoming a reality for many Africans, and indeed, the pace of adoption is predicted to double in the coming year. As it stands, the adoption rate stands at about 9%, up from 6% from the previous year. This number is set to double, to nearly 20%, in 2019.

Most notable is that Africa is using technology to solve uniquely African problems. In terms of basic education, technology is playing a major role, and is set to make even bigger strides in the future. Lack of basic education has been a problem for decades, but advanced technology is coming to the rescue. And, of course, access to the Internet is key in this situation.

Drone delivery services are reportedly being launched in Rwanda, in response to roads already saturated and buckling under traffic pressure. This massive leap in technology is proving that African countries can not only catch up with tech trends, but also be on the cutting edge.

But with technology comes problems, as with every major leap forward. A serious problem that many African countries are still dealing with is cybercrime. It is reported that Africa lost about two billion to cybercrime last year, with Nigeria being responsible four about five hundred million of the full amount.

With advancements comes challenges, and there is no question that the African digital revolution will be one with many hurdles. But that these hurdles will be ones worth jumping.