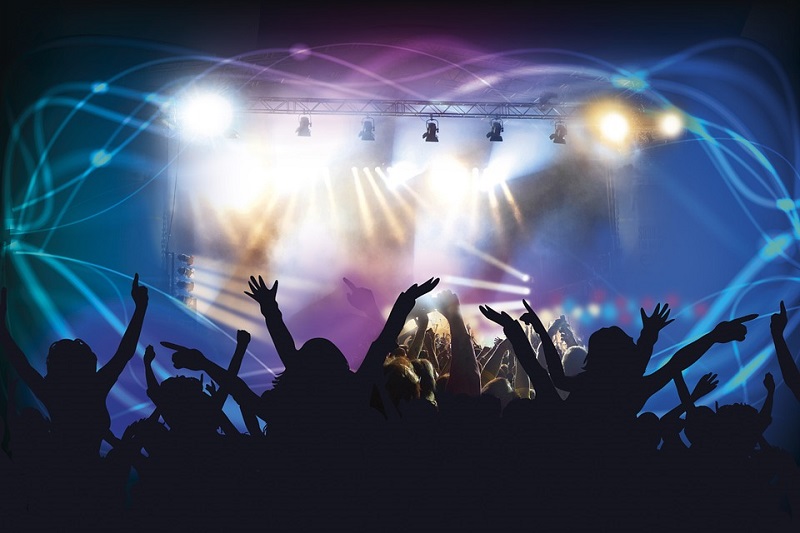 Egyptian Singer Tamer Hosny confirmed a performance date in Saudi Arabia, the city of Jeddah, which might seem like a common occurrence. That is, it might seem like a common occurrence until it’s made clear the restrictions put on the concert by authorities. It was revealed that not only would attendees of the concert not be allowed to dance, but also that male and females in the audience be kept separate. Plus, most astonishing of all, attendees would not even be allowed to sway in time to the music.

Such seemingly outrageous restrictions will seem like pure insanity to the majority of the world. After all, asking attendees to sit still during a concert seems to defy the very purpose of a live music performance. Few seem to be aware, however, that such restrictions are not uncommon in Saudi Arabia. And, in fact, it is not the first time that seemingly innocent behaviour has made headlines in the ultra-conservative part of the world.

The concert by Tamer Hosny will be the first by the pop star in the area. Though, it will not be the first concert to be held in the region, at least in recent times. It seems that concerts are becoming more and more common, despite growing opposition by conservative Muslims in the area. The highly popular Greek performer Yanni also gave a performance, which may have been exactly what sparked the latest harsh restrictions. Attendees, it seemed, began dancing at this concert, drawing the ire of conservatives.

And if this sounds unusual, it should be kept in mind that a local Saudi pop star was arrested, for performing a dance move publicly. He was forced to apologise for the behaviour. It should also be kept in mind, however, that even the surrounding areas of Saudi Arabia would call the restrictions ultra-conservative.

So why are any live performers being allowed into the area at all? It seems that an interesting story is unfolding in the Saudi Arabian nation, brought about by economic hardships. With a slump in the oil price globally, and oil being the major export of the area, things are not looking well for economic stability. Add to this the fact that entertainment options in Saudi Arabia are extremely limited, and you have a recipe for economic disaster. Citizens can however gamble and bet on horse and camel racing as a popular pastime.

The key is that Saudi residents spend enormous amounts seeking entertainment in neighbouring areas. So, in an effort to keep some of that spending within his borders, the Saudi Crown Prince, Mohammed bin Salman, decided to allow the performers to enter the area for the first time. The decision, as already said, has caused enormous backlash from the local conservative Muslim population. The result being the strict rules being placed on the most recent concert.

And, of course, the announcement of the rules has gained global attention. Fans took to Twitter to discuss dancing, separation of gender, and even swaying being forbidden, with the results being predictably amusing. One joke that drew attention stated that asking people to not dance at a concert was like putting ice cubes in the sun, and asking them not to melt. Another jokingly said that the concert would be equipped with sway sensors, and those found swaying would be kicked out of the venue. Many references were made, of course, to the western film Footloose, in which dancing restrictions were used as a tongue in cheek plot device.

For others, however, the announcement of the restrictions on the concert was a far more serious discussion. Saudi Arabia is known for it’s conservative population, which is seen by many as overbearing to the point of absurdity. Many had noted the allowance of any foreign live performers into the area as an easing of conservative behaviour, but this was all dashed with the heavy restrictions being declared.

The much-talked about concert went ahead on the 30th March without a hitch, and fans seemed to stick to the strict rules, possibly for fear of a backlash, or perhaps a ban on future live entertainers.