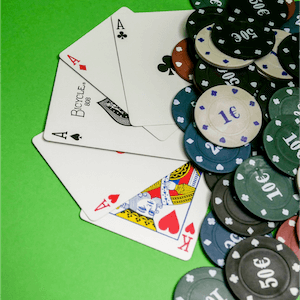 What is the longest you’ve ever played poker in a single sitting? 2 hours? Maybe 3? Well, if that’s the best you can do, you can forget about setting any world records. In 2010 Phil Laak managed to go for 115 hours. It sounds ridiculous, and frankly is rather ridiculous, since we wonder how well he was actually playing poker after the first 24 hours. Not too badly apparently, since he left the table with a net profit of $6,766.

Though, let’s not get carried away here. There were a few rules that made the stretch more bearable, even if only just. For every hour that Laak played, he was granted a 5 minute break. Plus, the breaks could be banked and used for a longer break later. So, that did allow for some wiggle room. According to Laak, he didn’t use any caffeine or other stimulants. We sort of doubt this, to be honest. Though, he does confess he got in a 30 minute sleep with a few banked breaks.

Most impressive is that Laak managed to not just bear previous world records, but also do so rather handily. The previous record in the Guinness World Records was 72 hours and 2 minutes, which was held by Larry Olmstead in 2004. He managed his stretch at the Foxwood Casino. Another unofficial record, valid only in poker playing circles, was held by David Cain, and went for 4 hours and 12 minutes. So Laak really is firmly in the lead to this day.

Though even he seems to question why he did it. We asked the same thing, if we’re honest. According to a report, upon finally calling it quits, Laak looked at the official digital clock and declared that he needs to have his head examined. We share the sentiment.

A Question of Why?

So why, exactly, would anyone do this? In this case, it was mostly a promotion for Laak’s new poker site. His record breaking efforts were streamed live online, and managed to amass a staggering 130,000 viewers, across 90 countries.

Don’t worry though, if you were disappointed it wasn’t all for a good cause, he donated half of the money he won to Camp Sunshine, which accommodates children with life-threatening illnesses. So at least it wasn’t all about publicity.

Still, we recommend that anyone who plays poker for more than about 40 hours straight get their head examined, even if it is for a good cause. Although, Laak’s record remains unbroken, so anyone who is up for a really crazy challenge may be keen!