The Origin Of Poker’s ‘Bad’ Name 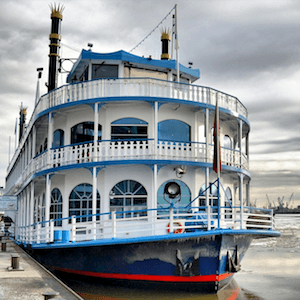 The birthplace of modern poker, or at least unquestioningly when it first became a sensation, is back in Louisiana in the 1800s. It was a time of enormous conflict in the United States on multiple fronts, but also a time of massive growth and advancement. New Orleans and its harbour were a point of focus for the changing landscape.

The harbour saw incredible activity, receiving an enormous amount of ships on a regular basis. Roughly 1,200 travelled up and down the river in 1835, delivering rice, tobacco, and other commodities that had become essential for the growing American population. Another thing the harbour saw was an enormous influx of European immigrants who brought with them new and interesting delicacies, treasures and games.

In the mid-1800s a new game was introduced on the countless steamboats entering into the harbour. Gambling was already common, given that the boats didn’t exactly travel especially fast, meaning that there was plenty of time, and only a few options in which to keep busy. Hence; almost all travellers were gamblers, at least to some extent.

A new game arrived from Europe, though, which quickly caught on and became popular. In Germany it was referred to as Pochen, and the French called it Poquer. On the steamboats travelling up and down the Great River, it quickly became known as Poker. But whatever you called it, it was a hit, and virtually everyone wanted in on the new gambling game. But, where there is money, there are those who will take advantage.

As poker became popular, it was soon introduced at multiple casinos up and down the banks of the Mississippi. Cheaters and card sharks grew in number, but in the land-based casinos steps were taken to drive them out after the problem became evident. So, the cheaters moved to where law enforcement was less prevalent. Namely to the steamboats themselves.

Thus, a situation occurred where the European immigrants arriving by boat were targeted. The immigrants had everything they owned with them, including all their money and other items of value. Plus, given that poker was already so common on the steamboats, the environment became a veritable feeding frenzy for the so-called “Card Sharps.”

So it was on the New Orleans steamboats that poker officially got a bad name. Many immigrants arrived on United States soil with empty pockets, having lost everything to predatory players before even having a chance. Likewise; cheaters caught were shot, or thrown overboard to either drown, or at least have a very bad day. Poker, unregulated, turned the steamboats into a disaster for many.

But, of course, it wasn’t too long before the situation was brought swiftly under control. As regulations were introduced and enforced at land based casinos, so action was likewise taken on the steamboats themselves. Still, the card game itself kept the bad name, even long after it was safe and fair to play. Thankfully, today there is hardly a round of cards that sees a cheater of any kind. At least if you stick to the regulated games in the online world, where cheating is virtually impossible!