Getting To Know Dan Bilzerian 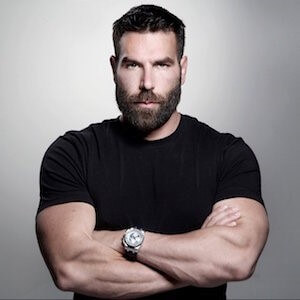 Google the name Dan Bilzerian and you will be met with a vast catalogue of images. Each will show a man with a beard and bulging biceps, generally posing in extremely luxurious circumstances. Perhaps circumstances a bit too luxurious, and seeming a bit too posed, the more you look. The suggestions from Bilzerian are that his lifestyle is connected to being a great poker player. But is this true?

Going to the gym a great deal and posing with several scantily clad women doesn’t also make you good at poker. Take a closer look at Bilzerian’s history and his real achievements, and a few things start to become clear. The first is that Bilzerian has a history of exaggerating his card playing prowess in his social media network. The second is that if he is good at poker, there really isn’t much in the way of confirmed evidence backing this up.

The only verified accounts of Bilzerian having ever been involved in real professional poker, and doing well, date back to 2009. He played in the World Series of Poker and finished in 180th place. Although nothing to sneeze at, it certainly isn’t the type of performance anticipated from a man living in the lap of extreme luxury. What is interesting, however, is that Bilzerian was recognised as one of the funniest men in poker by Bluff Magazine. This was due to the entertaining posts he made, joking about the game and his life in general. The mention from Bluff Magazine garnered him a great deal of attention in the social media world, and his accounts blew up in popularity.

Bilzerian then more or less faded from the scene, but continued to post reports on how well he was doing. In 2013 he claimed to have won $10.8 million in a single night. In 2014 he made an equally questionable post stating that he had made $50 million throughout the course of the year. These claims were completely unconfirmed, and his excuse for there being no record was that he had moved from pro games to high stakes amateur games. Regardless, his social media accounts were flooded with photos demonstrating his luxurious lifestyle, which ironically seemed extremely professional in terms of production value.

Social Media Is a Valuable Business

As time went on Bilzerian’s social media gradually began to lean more towards him, his lifestyle, and his biceps, and away from playing poker. His followers, however, grew enormously in number, ever increasing the value of his social media accounts. Mutters also began to be heard online, with many questioning if his money was actually being made from playing cards at all, given that there was little to no evidence suggesting he was even still playing. At least in any noteworthy sense.

If anything, reality seems to suggest that Dan Bilzerian is closer to being a male Kardashian than a professional player. He knows well that his antics on social media, and gathering followers, are far more lucrative than being good at poker. Hence his focus seems to have shifted to being a fulltime celebrity, able to more or less print money simply by running accounts and posing for a camera.