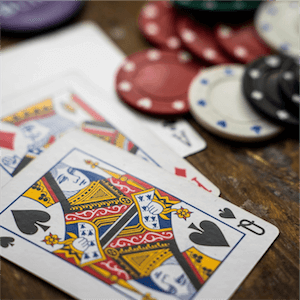 With a game as widespread and deep as poker, you can be sure that there are going to be a few facts that blow your mind. These are the most outrageous ones, some of which defy belief. Though, as far as we know, they are all 100% true!

This one seems like it could probably use a bit of context, but it is rather mind blowing none the less. The Bird Cage Theatre, located in Arizona, claims to have been host to a game that went on for a long time. A really, really long time. The game started in 1881, and continued for eight and a half years, to be exact.

We’re sure that the players didn’t sit at the table for all eight years, just enjoying bathroom breaks. Chances are the game was probably only played in brief stints, with the players coming together to keep the ball rolling from time to time. Still; that the game could proceed and conclude over such an extended time span is amazing.

You’ve probably heard how much professional athletes earn, and assumed poker didn’t come close. But it just so happens that if you add up all the big prizes of almost all the high roller competitions, the amount is $44,202,738. That means poker is the most lucrative sport of any, hands down.

In June 2013, PokerStars hosted a tournament in the Isle of Man. No less than 225,000 players attended it, with the grand prize being $25,000. If you’re wondering why such a big crowd turned up, it’s because the minimum buy in was only $1.

If you were to take a 7-card hand, and work out all the possible combinations with all the cards in the deck considered, there is a possible 300 million.

The Art Of Bluffing

Bluffing is considered a fine art, with many professionals spending incredible amounts of time honing the skill to a razor’s edge. There are so many aspects to be taken into consideration that it may just make an amateur player seem like an open book. For example; leaning forward or back is seen as a sign that the player has a good or bad hand. Making eye contact is seen as a way to hide a bad hand. Some players even stack their chips in certain ways, which is used to hide the true amount.

Lastly; poker is a game of skill, but there is also an element of luck. But when it comes to the best players in the world, it has been estimated that the greatest players never have more than a roughly 5% edge over any other professional player, when skill alone is counted. This means that the top professionals are working on only a 5% chance to overcome any opponent, which puts the whole thing into perspective.

Of course, when you take luck into account as well, and how good the cards are being at any given time, the whole situation changes dramatically. A good hand at the right time can make all the difference.