Do’s And Don’ts of Poker Conversation 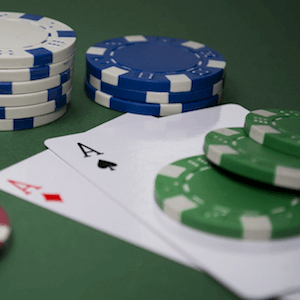 First and foremost Poker is a game that is meant to be enjoyed. You’re supposed to go in with a smile on your face, and leave with a smile on your face. Right? Of course. But just because it is a game of enjoyment, it doesn’t mean that there aren’t also certain rules of etiquette to be observed. For example, what is and isn’t it okay to talk about when playing poker with others? Are there even rules?

To put it simply, yes there are certain rules regarding poker conversation that should be taken into consideration. Some are pretty much unbreakable, and should be treated as such. While others are more similar to the rules when making conversation at any social gathering and a bit more obvious.

This really does go without saying, but when playing poker for real money in a professional setting, be it at a brick and mortar casino or online; absolutely do not ask others about their hands. Or about their play strategy in general really. It might be fun to discuss strategy and techniques when playing with a bunch of buddies at home, but it really isn’t acceptable in other environments. They are unlikely to engage you for obvious reasons, and making them tell you to shut up is just bad for ambience.

Heckling is another bad idea. You might have seen a few professionals do it on television, but trust us when we say that it isn’t going to go down well in reality. Chances are those professionals are doing it as ‘frenemies’ for the sake of making good television. Or otherwise are just seen as bad sports in the professional circles. Don’t be ‘that guy.’

If you want to talk about the weather, a good movie you saw, or the price of cheese, go for it. There aren’t any rules against this sort of interaction. Though, the important thing to keep in mind is that some aren’t really into conversing. They are trying to concentrate, and may not want to make casual chitchat. Don’t hold it against them.

You can perhaps keep your conversation starters for between hands, or perhaps only engage players who have already folded. If someone tells you they don’t want to chat, respect their wishes.

Again, it goes without saying, but the higher the betting levels, the more likely that conversation of all kinds is going to be unwelcome. The more serious money on the line, the less attention is going to be divided. The smaller stakes tables are more likely to be film with talking about the latest Avengers film.

As a final thought, when in doubt, why not just ask the other players if they are comfortable with chatter? This way, you’ll never step on any toes.