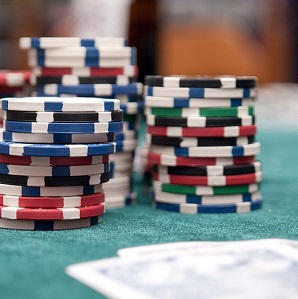 If you are reading this, you probably have an idea of just how intensely thrilling online Poker can be. You probably didn’t know that its history is almost as exciting.

The action enjoyed in Poker online goes back approximately 200 years, but the first steps toward it being played on the World Wide Web for real money happened in more recent times. From the early 90s, players enjoyed IRC games, in which codes and sometimes-coloured text were used to indicate card values. However, everything changed in 1994.

When the first real-money gaming site welcomed its first players in ’94, the majority of games available were single-player versions of the most popular variants, or simpler 3-card editions.

1998 was a groundbreaking year for the game. During the previous year, Planet Poker had tested and tweaked software; that year, the site launched the first real-money multi-player tables.

Word spread quickly among players, and it also did not hurt the site’s membership figures when Mike Caro gave it the thumbs-up. In those early days, not even numerous glitches could discourage players.

That first year was a great one for the site, but its unchallenged successes were not to last. In 1999, Paradise Poker launched, and with that came a bigger variety of games as well as more reliable software.

2001 was a game-changer for the game online. It was the year that Partypoker and PokerStars launched, and by offering guaranteed prize pools of $1 million or more, they quickly became the biggest players in the industry. From 2002 until 2006, the former held sway over a million dollars-a-day market.

In 2003, Microgaming muscled in on the market by launching its Poker Network. In addition to offering Texas Hold’em and 5- and 7-card studs, it was also the first to boast anonymous tables and an integrated loyalty reward programme. It bolstered its card game titles with a selection of mini-games and, later, progressive jackpots.

It was also the year in which accountant Chris Moneymaker ended up at the World Series of Poker after playing online, and proceeded to win $2.5 million. His story was an inspiration, and kicked off one of the biggest gaming booms history has ever seen. WSOP Main Event field participant numbers swell from 839 to 5619 in 2 years, and the number of those getting their action online exploded.

In 2006, the US added the Unlawful Internet Gaming Enforcement Act to its Safe Ports Act. This made processing payments for gambling or betting in the country illegal. The move prompted an exodus of operators from the market, except PokerStars, which found itself dominating the market almost entirely.

The first big scandal to rock the gaming world happened in 2007, when an Absolute Poker employee tampered with software, so players full hands were visible during high-stakes games. The site’s delayed response to the matter did not help; especially considering player losses were estimated to have reach $10 million by that stage.

On 15 April 2011, the US Department of Justice seized the PokerStars, Absolute Poker, and Full Tilt domain names, virtually crushing the industry in the country. This was followed by Full Tilt’s implosion after it was discovered the site misused players’ money. It was later bought by PokerStars, after the site paid DOJ more than $1 billion in fines to continue operations in in the US.

In 2014, Amaya acquired PokerStars and Full Tilt owner the Rational Group for $4.9 billion. The acquisition also saw the former site join the ranks of publicly traded companies as the industry’s biggest.