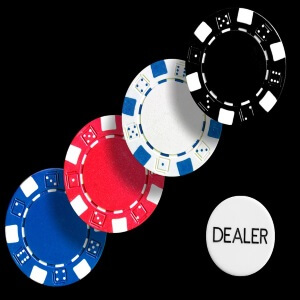 When sitting down and getting stuck into a game of Poker there are a few phases that a player will go through. The first stage, and the one most are abundantly familiar with, is the warm up stage. This stage helps you readjust your mind to the game, lets you settle into a focused state of mind, and allows you to get your bearings. The next stage is often referred to as the playmaker stage, where you have a feel for your opponents, and start looking for ways in which to make your move.

Next we have the attack stage, where your planned moves are set into motion. This is where the magic happens, and all that is required now is a hand to get things rolling. But wait one damn second, hang on, what’s this? Nothing seems to be going your way. Hand after hand seems to come up with nothing, and when a decent hand does present itself, it seems like the opportunity is squandered in the most frustrating ways. In fact, it seems like absolutely nothing will go your way, no matter what you do. Frustration! Hair pulling frustration of the highest order!

Anyone who has played Poker consistently knows this position. It’s referred to as Tilt, and is the most undesirable state to be in.

Tilt happens. It’s a subtle shift, but it’s there and it is affecting your game. This is the first thing to take to heart. It happens, inevitably, and every player must be prepared for it. It is, of course, more than anything a state of mind. No, you have not been cursed by some unseen Poker spirit from hell, bent on making your life a misery. It is simply a state of mind that strikes, resulting in a supremely negative attitude, which in turn sabotages any chance you had of finding success.

The term Tilt pretty much says it all. It feels as if the whole game has tilted downhill, resulting in every effort you make simply slipping down into the abyss, burning, and turning to ashes. Plus, no matter how hard you try, the ground can’t be untitled. Despair!

There really isn’t much to be done when Tilt strikes, other than to take a break, let your mind readjust, and get back to it at a later stage. In most cases attempting to power through a Tilt will result in nothing more but more burning and ashes. Simply put; your state of mind is wrong, and chances are it will not be correcting itself.

There is no shame at all in simply calling it quits for the moment, occupying your mind with other things, and returning in a day or two. The most important aspect of the whole situation is recognising that a break needs to be taken, and not bashing your head against a brick wall. The only outcome of this is likely a very sore head, and a lot of burning and ashes.

Remember, being a pro doesn’t mean being a perfect player 100% of the time. Taking a break is not only allowed, it is required sometimes, and the pros know this too!