The Growth of Poker Online 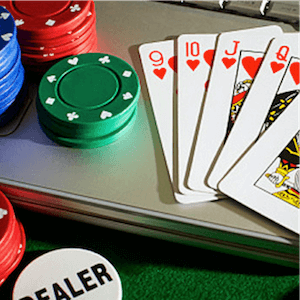 Over the past five years, online poker has seen phenomenal growth with millions of players around the world logging on to test their skills against live dealers and fellow enthusiasts. In the last two years alone, the industry has almost tripled in value to over $2 billion and it shows no sign of slowing down.

So, what has caused this massive boost in online play and what can we expect in the future?

Playing online is not a new phenomenon. In the late 1990’s the first poker sites emerged, offering players the chance to face off against opponents in a virtual environment. From these humble beginnings, modern day poker rooms have evolved, offering cash games and tournaments with tables for both novices and high rollers.

The sudden and rapid growth of the industry may be down to player perception or the integration of Internet connectivity. It is no secret that global Internet access is seemly ubiquitous with just about everyone owning a smartphone and having access to online content. Mobile apps, instant-play sites and cheaper data rates have all meant that is easier, safer and far cheaper to play on your computer or mobile device than it is to drive to your nearest casino.

Aside from the convenience factor, players feel safer and more regulated in a virtual environment. Since a player can log on at home or on their mobile phone, they can fully control their gaming environment to whatever suits their mood. They can also have whatever written information they need at their disposal, should they falter on a move. At land-based rooms and casinos, the atmosphere can be quite intimidating, especially when you are staring across at your opponents.

On one hand, the lack of live action means you cannot read your opponent’s expressions and call a bluff. On the other hand, everyone is now on even footing and the results are dependent on skill and strategy alone. Another factor that could influence the huge growth in the industry is the traffic itself, which works like a feedback loop.

Any site with low traffic will not be particularly appealing to players looking to take in quick cash games with dozens of opponents. As the number of players increase, the traffic increases and generates more interest, which generates more traffic.

The Role of the Online Casino

The online casino industry is another major contributor to rise of online poker. The introduction of casino-style poker has generated a lot of interest where players face off against the dealer instead of each other. This style of play relies more on luck than skill, but still offers players the action they crave.

Some players avoid electronic games because the results are produced using random number generators rather than the cards in each hand. Live dealer casinos have completely revolutionised the industry, offering fully live games where players can face off against a real dealer. The game is played using real cards and players can even chat to each other during the round using the chat window. This enhanced realism has sparked a whole new interest in live poker, and is possibly the future of the industry.