How Streaming Services Changed the World of Poker 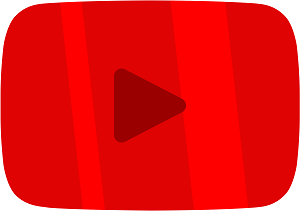 Poker is one of the most popular casino card games on the planet. Just about everyone has heard of it, seen it in action or played at some point or another. The thing about Poker is that is has such simple foundations yet has produced thousands of strategies and ways to beat opposing players. Ever since the boom in the early 1900’s, it has captured the attention of casino and card game enthusiasts all around the world.

Today it is more popular than ever, with online Poker offering players the chance to bet and win real money at home or on their mobile device. Technology it seems has been a real boost for the game, allowing more people access to strategies, information sharing and viewing of games from all corners of the globe. The most recent technological development that’s caused something of a revolution in the sector is live streaming.

Back when Poker was first starting to become a spectator sport, national and international tournaments were broadcast live on television, giving viewers a front row seat to the action. The problem was that when you watched the game, you had no idea what strategies were being used or what cards the players were holding. This all changed in the early 90’s with the introduction of the Hole Card Camera. This simple table-mounted camera system allowed viewers to see exactly what cards the players were holding and how they crafted their strategies accordingly.

The introduction of the Hole Card Camera took Poker from a passing interest to a massive spectator sport. The subsequent rise in popularity led to major tournaments and dedicated channels broadcasting the biggest tournaments as well as tips and strategies from the pros. While this was certainly a step in the right direction, only certain events were prioritised for broadcasting and viewers could only get tips from the same top players.

The Introduction of Streaming

Then Poker streaming came along and changed the industry forever. It opened the door to anyone with the skills and knowledge worth imparting to the public. It also offers a much larger platform for the broadcast of major tournaments to global audience. With live streaming, players can broadcast themselves while they play online Poker or against live dealers, and can share strategies and tips on a channel on Twitch or YouTube. Video game enthusiasts will be familiar with Twitch as it was originally designed as the world’s first video gaming and eSports live service.

With Twitch, YouTube and other similar sites, anyone with the right computer equipment can create an account and start streaming their games, advice or strategies to millions of viewers across the globe. The idea is that if you have the right skills and the right knowledge, you can share your wisdom with whoever wants to watch. The more viewers you get, the higher your ratings will go and the more advertising you can incorporate.

The Benefits of Watching Online

For the viewers, Poker streaming is a great way to learn the basics, how to implement strategies, watch live events in progress and learn how to keep your cool in difficult situations. The top streamers are those who have won multiple online tournaments and talk to the camera as they play. They make the experienced as entertaining and educational as possible while they take out their opponents.

Streaming services also include a community centre where users can chat about related news, strategies and upcoming tournaments. The bigger sites often provide live streams of the biggest tournaments like the World Series of Poker or regional games.

Overall, live streaming has bridged the gap for many players and has helped create a tight knit ever-growing community of people with the same passion, who want to learn from others and appreciate the game for what it is.