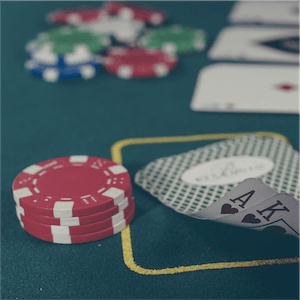 If you don’t already know what a poker freeroll is, it refers to a tournament that does not cost any money to enter, but still pays out the winners in real money. It seems almost too good to be true, and can be a blessing for those who are looking to quickly bulk up their bankroll. But, of course, it isn’t all good news.

Given the nature of these tournaments, participants tend to not only be vast in number, but can also be overly aggressive in their play, since, technically, nothing is at stake. This can turn your established strategies on their head, and make you feel like you’re playing in some bizarre, Wild West scenario. But the question is; are their a sure fire strategy that can make you a freeroll winner, 100% of the time?

If you know anything about poker, you’ll know that there is no such thing as a 100% successful strategy, given that the game is based, partly, on chance. But, those who are smart and skilful can still tip the scales massively in their favour, increasing the chances of coming out a winner.

The first thing to keep in mind is the number of opponents. You might be lucky, and find an event with only 500 participants, which is a good start, since there are often 3000 or more hopefuls. The important thing to understand is how high in the ranks you have to climb before actually getting paid for the effort. If it is the top 40 that get paid, consider how long, and how much effort will be required. In other words; decide if it is worth your time.

If you’ve decided to commit to a game, here are some valuable tips to work into your approach, in order to see more success. First, play tight and smart in the early stages, with a focus on lasting out the early rounds, as opposed to dominating them. In this regard, certainly avoid going all-in, unless you have a hand that deserves it.

A major point to keep in mind is avoiding risky bluffs, especially if you’re going up against unknown freeroll players. As already mentioned, there tends to be an aggressive stance in these games, so risky bluffs are probably a very bad idea.

If you survive to the middle stages, now is the time to start being more aggressive. But, be sure to still keep a firm grasp on your bankroll, and not be too extreme. Unless once again, the hand demands it.

Finally, if you make it to the final stages, now would be a good time to open up, and start laying down the pressure. Regardless of early aggressive tactics, most will now start tightening up, which is the best time to bare your teeth and go in for the kill.

Good luck, hone your skills, and remember to keep cool and stay patient!