Home   >   Blog   >   Essential Poker Books That Everyone Should Read 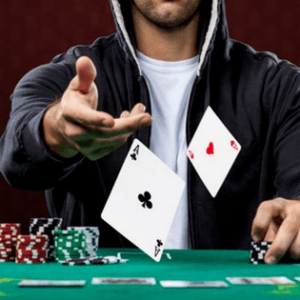 Unlike some other casino games, Poker put a great deal of focus on individual skill. This is the reason that tournaments exist, and likewise the reason that those who are serious about the game should be putting in skill improvement effort. The equation is simple; the better your skill, the better your chances of winning, and putting cash in your pockets. 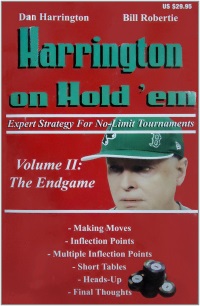 But how does one improve their skills? The most obvious option is to practice, as frequently as possible, at as many Poker online sites as possible. The second option is to do research, and learn the theory that leads to a better game. To that end a player can read some of the essential skill improvement books.

Dan Harrington is a legend of the Poker world. He is most commonly known for not only having raked in over $7 million in earnings, but also for taking home the Main Event in the World Series of Poker in 1995. His book, simply titled Harrington on Hold’em, is commonly referred to as one of the best strategy books currently available.

The book steers clear of the perceived glitz and glamour of the professional playing world, and focuses squarely on what the best strategies are in any given situation. It is a must read for anyone looking to be a true professional.

Elements of Poker is equally as revered as Harrington on Hold’em. It doesn’t go into such mundane things such as the percentages of each possible hand, but instead goes into detail about the mental aspect of the game. For those looking to improve in the so-called Poker face department, this is the book you’ve been searching for. Though, it would be wise to read it in tandem with the next book on the list… 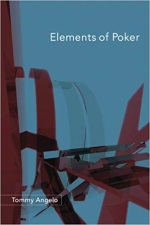 As the title suggests, this is a book that goes beyond in exploring the world of gaming and body language. It is an aspect that many players don’t take as seriously as they should. But, upon learning the true depth and influence of tells, a professional player gains an advantage that is often overlooked, or taken for granted. As far as live tournament play goes, a player having not read this book is missing out on a major chance for gaining a next level grasp of the game.

Doyle Brunson can be seen in the Poker Hall of Fame, which is justified by not one, but two World Series of Poker wins. His book Super System is an absolutely essential read for those looking to understand advanced strategies, and take their game to the next level. From cover to cover this gem of a professional player’s guide is packed with tips, tricks, and useful information. Keep it on your nightstand and study it until you take in every gem.

As a professional player who has amassed over $10 million in earnings, Hansen is certainly someone to be taken seriously. The title of his book Every Hand Revealed refers to the more than 300 hands he played to be victorious over 747 other players at the Aussie Millions, where he took home $1.1 million in prizes.

One of the most interesting aspects of his book is that he goes into detail about an aspect of tournaments that most other books tend to neglect. Namely, that the value of prizes offered at a tournament tends to drastically influence how players approach a game. This alone makes it well worth a read, but also makes it an essential part of every serious player’s reading list.