What Kind Of Poker Player Are You? 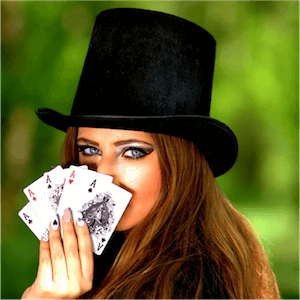 Poker is a diverse and flexible game, with many different approaches. It isn’t right to say that some play styles are officially better than others, since all are valid, depending on what you hope to achieve. Still, there are a few common approaches that are taken, that are quickly recognisable at the table.

Which Classical Poker Type Are You?

You’ll know a maniac when you see one, not in the least because they tend to go broke first. On the other hand, they also tend to be the biggest threats. The Maniac is there to have a good time, will play almost every hand, bet irrationally, and generally put everyone on the defence. Though, Maniacs also happen to make the game a great deal more entertaining, even if they are so erratic that they tend to ruin carefully laid plans.

This is a player who has done some reading, knows the official approaches, and sticks to them. They play by an official strategy guide, and never deviate from it. This is a professional approach indeed, and certainly recommended for those who take the game seriously. They may not technically be the most fun to play with, but tend to, at the very least, be one of the last players left at the table.

Often a combination with one of the other types, the Deceiver will go out of their way to try and fool other players about the strength of their hand. The deceit is normally done in overt, blatant ways, but really can be confusing. At least at first. The problem with this approach is that it tends to wear thin after a while, and become transparent.

The Shark is perhaps the most dangerous player to be up against. They are extremely familiar with the game, very adaptable, and often destroy opponents with little to no effort. The key is that a Shark is not just good at the game, but is also exceptional at not being loud mouthed about it.

Going up against a Shark may feel like playing against a computer, given how skilled they are, and how difficult to read they are. The best hope of beating a Shark is to put your best game face on, take them on head to head, and try and match their skill on an equal level. Most importantly, don’t let them know you are confused or afraid – that smells like blood to them- and they will move in for the final kill.