Common Poker Mistakes and How To Avoid Them 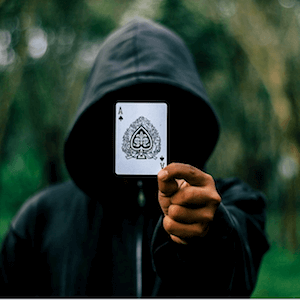 A common yet wrong frame of mind when playing poker on a professional level is the assumption that you are suddenly incapable of making any amateurish mistakes. But even the best players in the world need reminders from time to time that they are not infallible, and still capable of doing something silly. Remember; it never hurts to relearn the basics.

Here is a quick list of some of 3 the most common mistakes made by poker players, and how best to avoid them.

Betting Big Before The Flop

Betting big before the flop is a risky prospect in virtually all cases. Poker is, of course, a game of risk versus reward, and in the case of throwing down big bets before you really know if your hand is valuable, you don’t get much more risky. Of course, in the case of having two Aces in your hand, betting big pre-flop is acceptable in just about anyone’s books. Within reason.

But getting carried away and betting big on a low pair, assuming that they will become a set, is not very smart. There is only a 1 in 11 chance of getting that set, which is something you need to keep very much in mind. Bet smart, always. We’ll get back to that in the last point.

Virtually all professional players consider themselves immune to getting psyched out by other players. But, be you at a table, or in an online game that has a chat window, other players can get inside your head, and push you into making silly decisions. Often without you even realising it.

If you suspect a player of attempting to mess with you, just ignore them. No, it isn’t rude; it’s just how professional poker is played. If they want to taunt you, it is your duty to tell them you are not in a chatting mood, tune them out, and focus on the game. They won’t be so polite when they have all your cash.

Getting Married To A Hand

Perhaps one of the biggest, and most common mistakes made is hanging on to hand, even to your own detriment. Getting a pair of Aces, for example, is obviously fantastic, but some tend to hang onto those Aces, even as they are dragged into a betting war. Keep in mind that a pair of Aces are only a pair, even if they do look very fancy and trigger dollar signs in your eyes. Understanding when it is time to Fold is paramount to being a successful player.

The trick is that since poker is so based around striking while the iron is hot, players tend to get caught up in the moment, and refuse to Fold, even as it becomes clear that they are running into a risky situation.

What really separates the boys from the men is being able to Fold something like a pair of Aces, because common sense is saying another player is dragging your bankroll out onto the table for a good thrashing. Once again; a pair of Aces is only a pair, and not worth much unless a third Ace comes to the party.