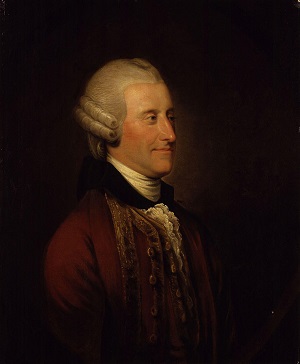 Born in 1718, John Montague was the Fourth Earl of Sandwich. The earl was a busy man, and held the position of First Lord of the Admiralty. He was also a notorious gambler.

The Beef Steak Club in London was one of the earl’s favourite spots at which to eat and gamble, and sometimes stayed for 24 hours. He enjoyed food, but hated taking a lunch, supper, or snack break while playing card games. Online or mobile casino games would have been the answer, but as they did not exist at the time, the club’s chefs came up with the solution of putting slices of beef between slices of bread. Other players began asking for the same as Sandwich. The name eventually stuck.

Better known as Jerome Cardan, Gerolamo Cardano was born in Italy in 1501. He is most famous for his work as a polymath, which touched on the fields of mathematics, physics, biology and medicine, chemistry, and others.

Cardan had a difficult time staying afloat financially. To bring in extra money, he became an avid gambler and chess player.

In fact, Cardan was so successful as a gambler, he wrote Liber de ludo aleae. Published in 1663, the book about casino games treats probability, cheating, and odds in relation to favourable and unfavourable outcomes.

Perhaps one of history’s most flamboyant figures, Giacomo Casanova was born in the Republic of Venice in 1725. After a career as a church lawyer ended abruptly, Casanova became an adventurer known for his love of women and gambling.

Casanova’s favourite games included basset, biribi, faro, lotteries, piquet, primero, quinze, and whist. Supported by French monarch Louis XV, Casanova organised a lottery in the country, most the proceeds of which would support a military school, while the remainder would help line the pockets of the organiser and his royal supporter.

Russian author, philosopher, and journalist Fyodor Dostoevsky was born in 1821. Among his best-known published works are Notes from Underground, the Idiot, Demons, Crime and Punishment, the Brothers Karamazov, and the Gambler.

Dostoevsky wrote the Gambler in 1866, and only because he needed money to pay off gambling debts. It was published the following year. The subject was one the writer knew all too well.

In 1863, Dostoevsky discovered gambling. His favourite game was Roulette, but he battled to control his passion for it. After struggling for 10 years, Dostoevsky was able to take back control of his life.

Born in Australia in 1961, Zeljko Ranogajec is a professional gambler famous for an annual wagering turnover claimed to exceed $1 billion. Ranogajec discovered 21 while a University of Tasmania student.

His success at Blackjack saw him drop out of his studies to focus on professional gambling, although his scope for that was limited when Australian casinos started banning him. He emigrated from Australia, but was later banned at US casinos as well.

In addition to success at Blackjack tables, Ranogajec also won a jackpot of more than $7.5 million when he played Keno at a New South Wales leisure and entertainment complex. He also bets on horse races, and is rumoured to have contributed a third of Betfair’s Australian gaming revenues.